On our return from New Zealand, I only had a week to get myself ready for a crack at the national championship. We had not suffered much with jet lag going out to New Zealand, but coming back was a different matter! Wendy and I felt dog tired by 3pm each day and we were waking up at 4am!

I managed a few good rides in the week before the race, and I felt surprisingly good and strong.

Mark Doorbar had again kindly agreed to support me at the nationals as Mick Shakespeare was still not up to joining me. We decided to get up early on the Saturday to go down to the Cyclo park in Gravesend, rather than going down the night before. The early start wasn't too bad for me as my body was still half on NZ time! With the race at 11am, we had to set off at 5 and Mark kindly did all the driving. We arrived in good time and I immediately got on the course, which proved to be rock hard ground and super fast, with some quite technical twists and turns. Fortunately after much lobbying by myself, I had persuaded the BCF to start the over 60s off 3 minutes  in front of the over 50's, on the basis that we are a smaller field and this way round, there was less chance of our race interfering with the much bigger over 50's field .

I was drawn on the front row of the grid and got off to a great start and was well placed on first lap behind Kirby Bennett (winner of season long national trophy series) and Pete Harris. Towards the end of lap 2, I had moved in to second and on the one steep climb on the course, attacked Kirby going over the top and managed to establish a small lead. Gradually after that I managed to increase my lead, little by little each lap. I tried to avoid trouble, but on the last lap, with less than a mile to go, I was brought down by a lapped rider and for a moment, I thought the day would end in tears. Fortunately though, I managed to straighten my handlebars and saddle and get back going again and  finished the race 25 seconds clear of the field.

The elation was immense, I was so delighted to have managed to bring off the win and it was more than compensation for the loss at the worlds. I managed to beat both the reigning over 60 and over 65 world champions to win my first national title for 37 years!

The big question is now what happens next! Wendy isn't keen that I defend my title, as it would mean another serious regime of training, but I am loathe to lose my fitness. I have some ideas which are coming to fruition, but in the meantime, I am enjoying the great feeling from the win and enjoying a little downtime after the intensity of the last 18 months. 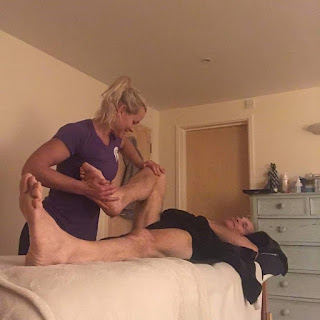 Nicola Guiver from ngtotalhealth.co.uk getting my legs back into shape after flight back from New Zealand 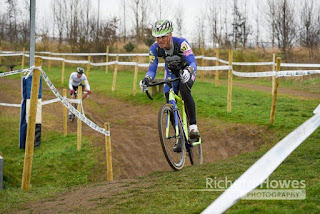 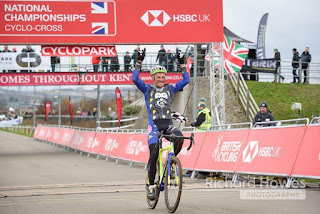 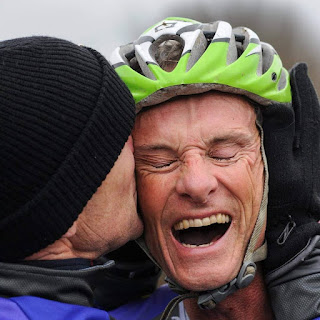 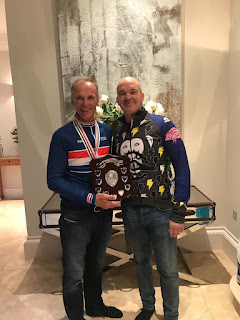